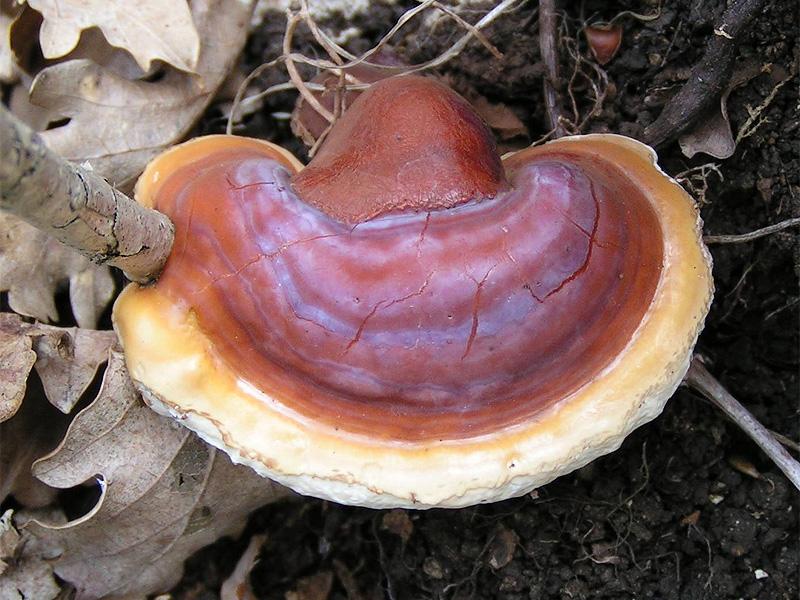 Grown at the base of deciduous trees, reishi mushrooms or Ganoderma Lucidum are popular in eastern medicines but rare. Many people claim it to be effective in the treatment of numerous health issues, along with boosting immunity. They are called “the mushroom of immortality” due to its immune-boosting and anti-cancer property.

However, there is little evidence on the effects of this magic mushroom, and even some claim that the mushroom is toxic and causes certain health issues.

Well, if we talk about the reishi mushroom benefits, we don’t know whether they impact immunity or not. So, let’s check out the possibilities in this blog, but first, let’s understand what reishi mushroom is?

What are Reishi Mushrooms?

Reishi mushroom is a fungus which is described as rough or woody because of its bitter taste and texture. It has a varnished appearance of the exterior surface where the above-ground part along with some portions of the below-ground part is used for medicinal purposes.

As per a review article, reishi mushrooms are beneficial for health due to polysaccharides, peptides, and triterpenoids. Moreover, they are rich in dietary fiber and various minerals, vitamins, and amino acids.

When it comes to the usage of reishi mushrooms, they are often ground into powder, or the extracts are used to make supplements and other health products.

They are known for the following-

What They Do and How They Work?

It is often asked as to how reishi mushrooms work? Do they naturally possess some magical properties that affect human health? Reishi mushrooms produce chemicals like other plants that have a multitude of benefits. One such benefit is its positive impact on the immune system.

However, you will find many researchers claiming its effectiveness against cancer, but it also supports and strengthens the immune system through its boosting properties.

As mentioned earlier about one of the most prominent reishi mushrooms benefits, it is an immune booster.

Triterpenes are the active compounds that make the reishi mushroom beneficial due to its antiviral, antibacterial as well as antifungal properties.

You will see many researchers showing the positive impact of reishi mushrooms on the immune system that affect the genes in white blood cells. Then the cells in turn protect the immune system from any external infection.

For instance, research was conducted in 2003 on 34 advanced-stage cancer patients that used a polysaccharide found in reishi. It was noticed that after 12 weeks, the reishi used on the patients not only enhanced the immune responses but also increased the activity of a kind of white blood cells that are called natural killer cells.

These studies and evidence prove that yes reishi mushrooms are beneficial and boost the immune system of the human body.

Now, we hope you are convinced about reishi mushroom health benefits.Further, the legitimate usage and science backing is going to strengthen the belief in the amazing benefits of reishi mushrooms.

If you find this blog informative, stay tuned with Bacteriostatic Water Australia for yet another interesting post soon. Thanks for visiting!